In US history there was a period after the Civil War when people from the north moved south to take advantage of the reconstruction.  "In sum, carpetbaggers were seen as insidious Northern outsiders with questionable objectives meddling in local politics, buying up plantations at fire-sale prices and taking advantage of Southerners."

Boquete has it's carpet baggers. I noticed this post on this site.

" John William Kenney lll      AKA  Bill Kenney has been in the Boquete area for around 4 months now and has been putting together a scam to get people to invest money in the upgrade of the Bocas del Toro Marina that he said he purchased from Logan Robinson and Chip Pickhard the owners of the marina.  Things that he was saying were not adding up so after much research I was able to locate the marina owners and confirmed with them that he had not purchased the marina, in fact they said from past dealings with Bill Kenney he had been baned from the marina.  If anyone knows the wereabouts of Bill Kenney please call Courtney Parks the Mariana Manager @ 6614-2434"

I urge anyone new in this country to be very careful of wolves wearing sheep's clothing. There are more than a few very accomplished frauds smiling and lurking in this community. It is unlikely you will see their names written about anyplace but if you ask local residents before you hand over your money you might learn about a few of them. People everywhere seek a house with a “Wow” factor.  You will find it in this unique and wonderful…
See More
"I got free moving boxes on https://boxgiver.com/" "Unfortunatly, Copa does not fly out of houston, that flight is operated by United. " "Thanks All. Our plan is out of Houston on Copa."

Join us Tuesday May 11th, 8 PM Eastern for a Live Q & A about Panama
Ask us anything you want…
See More

"You can do the process yourself Bob, it is quite easy if you follow instructions.  Copa, Delta and…"

Immerse in nature while surrounded by luxury.  Love your spectacular new mountain residence in a…
See More 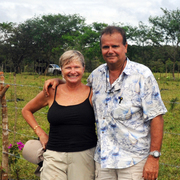 "Sorry John, the person who came at 11 this morning. loved the car and took it.
" 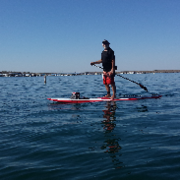 "Hola Patrick,
Can we see the vehicle soon?  We're in Los molinos, can visit any time this…"